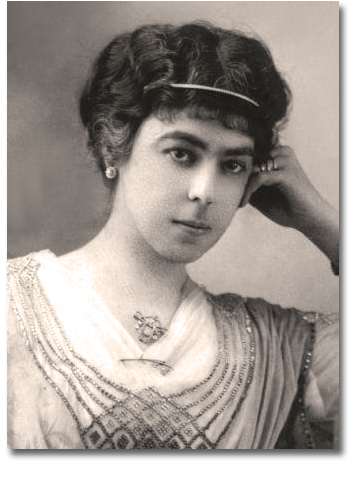 Good example is always an important stimulus in the practice of virtue. Dona Lucilia shows us how goodness—the fundamental characteristic of a Catholic mother—can be practiced to an eminent degree in the sacred setting of the home.

Catholic spirituality commends the practice of humility, modesty and self-detachment, and many saints over the course of history have served as examples of this. However, another great truth also stands out: the obligation of acknowledging and praising the merits of others, whenever appropriate, under pain of committing a fault of omission for failing to do so. Justice demands this.

This was the instruction of the Divine Teacher during the Sermon on the Mount, which is a veritable compendium of Christian doctrine: “Nor do men light a lamp and put it under a bushel, but on a stand […]. Let your light so shine before men, that they may see your good works and give glory to your Father who is in Heaven” (Mt 5:15-16). In other words, good examples should be made known, for this is a way of glorifying God, the source of any good that can come from us.

The Church, therefore, promotes the solemn canonization of individuals who practiced virtue to a heroic degree, holding them up as models for the faithful. More than mere doctrine, it is example that inspires us to follow the right path.

Saints acclaimed and venerated during their own lives

We see, then, that the Holy Spirit brings forth virtuous souls according to each historic epoch. They encourage the good and are generally rocks of scandal toward sinners, upbraiding them with their conduct, seeming to cry out: “Non licet tibi!” (Mk 6:18). Like St. John the Baptist they can eventually be martyred, or face harsh ostracism.

Providence has traced out myriad ways for souls along the multi-faceted path of holiness. The virtues of some saints are recognized and acclaimed during their lives and they are widely venerated.

St. Anthony of Padua is a classic example. Crowds ten-thousand strong flocked to hear him preach; his listeners included bishops and priests. “After the sermon there is a wave of unrestrained euphoria […]. The people cluster around the preacher. They want to see him up close and kiss his tunic or his crucifix. Some even trim off bits of his clothing to keep as relics. A guard of rugged youths protects him from being crushed by the multitude.”1 The same happened with St. John Bosco in Paris, when he went alms-gathering for his work. He found himself in a predicament in the Church of St. Sulpice. It took him a full hour to reach the sacristy because of crowds of faithful that pressed in on him, requesting a word or his blessing. “He captured the hearts and minds of Parisians with an extraordinary combination of grandeur and simplicity, of gravity and joy. He shook people up, but then he won them over.”2 Similar scenes were repeated in the other French cities that the saint of youth visited.

Ignored by the majority

Then again, there are other souls who tread the path of anonymity on this earth, who are little understood, even by those closest to them, and whose mission over a large number of souls only commences after their death. These souls can take as their sublime patron the Mother of God herself, who led a hidden life, ignored by most, but who was the admiration of the entire heavenly court and of Jesus Himself.

Among the many souls in this category is St. Thérèse of the Child Jesus, who lived during the nineteenth century and of whom there are many extant photographs, all of which illustrate her exceptional virtue.

She entered Carmel very young, and died at only 24 years of age. There would be little to tell of her life had it not been for the Autobiographical Manuscripts written by order of her superior, who, incidentally, was also her sibling. This work reveals the inner grandeur of the founder of the Little Way of holiness, opening the path for newer generations, so weak and incapable of imitating the saints of austere sacrifices and boundless generosity. Her life was such an inspiration to souls that, before long, several editions of the work had spread abroad, to the surprise of the Carmel of Lisieux. Graces and miracles flowed, in fulfillment of the saint’s promise to shower the earth with roses. Unknown during her life, St. Thérèse is one of the most popular saints today and is included in the privileged list of Doctors of the Church.

Concerned about others at 91 years of age

By coincidence, during the same epoch as this saint, there lived in Brazil a person of exceptional qualities, whose life was an example that greatly benefited souls. Her name is Dona Lucilia Ribeiro dos Santos Corrêa de Oliveira, mother of an eminent Catholic twentieth-century leader, Dr. Plinio Corrêa de Oliveira.

To spread the story of her life, the biography of Dona Lucilia, written by Monsignor João Scognamiglio Clá Dias, EP, has been just been released. It contains a wealth of photographs that speak volumes since the expressiveness of Dona Lucilia’s countenance overflows with kindness and unconditional affection.

She was an exemplary Catholic mother, who, never having worked outside the home, can serve as an inspiration to countless people today, whose lives also unfold within the heart of the family. The many episodes narrated reveal that it is possible to perform everyday tasks with great elevation of soul, with attention set on the supernatural and on Our Lord. As St. John of the Cross says, at the end of this life we will be judged according to our love of God rather than on the appearance of our works.3

Some of Dona Lucilia’s attitudes provide a glimpse of the charity that set them in motion. In the year 1968, while attending Dr. Plinio who was recovering from a diabetic crisis, and who had recently undergone a serious surgical procedure, the author had the opportunity of witnessing and admiring Dona Lucilia’s kindness, gentleness and graciousness. She showed concern for the well-being of others, forgetting herself entirely, giving an example of uncommon detachment. On one occasion, following doctor’s orders, the author of the book was about to administer a medical injection to Dona Lucilia. She looked at the young man preparing the syringe and said: “To think that it is on a Saturday night that I am putting you to all this trouble! I beg your pardon for disrupting your plans.” After the procedure, as the young man was leaving, she added: “I really regret having put you to all this trouble.” For Dona Lucilia, personal discomfort meant nothing; at 91 years of age, she thought more of others than herself.

This self-forgetfulness enchanted all who knew her. One day, two youths were reading in her apartment, as they awaited an appointment with Dr. Plinio. She soon intervened: “Will you gentlemen permit me to make a suggestion? Many times over the years, I very imprudently strained my eyes by reading in poor light, and now I see you in this foyer that is not fit for reading. Whenever I want to relax by leafing through albums or magazines, I use the dining room that is very well lit. Since I am leaving now, I invite you to use it. I am sure that you will see much better there.” Her solicitude did not stop at that. Twice she sent a maid to see if her offer had been accepted. Appearing a third time, the maid asked the two young men to kindly make their way to the dining room, for Dona Lucilia would not rest easy until they were settled there. Such graciousness, fruit of authentic charity, is foreign to the modern world…

“I have you entirely”

If not everyone understood and appreciated her, she had at least the recognition of one person throughout her life—Dr. Plinio, whom she affectionately called her “filhão,” that is “big son.” As an octogenarian and widow, when crossing Dr. Plinio in the corridor of their apartment, she would put her hands on his shoulders, and looking deeply into his eyes, would say: “Filhão, I only have you, but I have you entirely.”

Once, when Dr. Plinio returned from a two-month trip to Europe, Dona Lucilia looked him up and down and happily concluded: “Filhão, thanks be to God, you are always the same!” As a diligent mother, she was concerned with her son’s perseverance amid the world’s struggles and perils.

Her noble soul was neither attached to material benefits nor to social prestige. Whenever a particular undertaking of Dr. Plinio did not meet with hoped-for success, she did not become saddened. When asked the reason for her placidity, she responded that if things had worked out better, her son would have been compelled to spend long periods away from home, living in another state. They would see each other much less, and this would have been difficult to bear, for as she said, “To live is to be together, to look upon, and to love one another.” This could be called her motto as well as the foundation of her charitable treatment of her neighbor.

“Talis vita, finis ita,” says the Latin expression. Naturally, so detached and Christian a life would come to a coherent close, and accordingly she approached death with complete serenity. On the morning of April 21, 1968, the book narrates, “with eyes wide open, fully aware of the solemn moment that was approaching, she raised herself slightly, made a large Sign of the Cross, and with complete peace of soul and confidence in divine mercy, she fell asleep in the Lord…”

Thus, a cascade of graces began to flow out upon those who gather around her tomb and who contemplate her photographs. And it grows stronger by the day, spreading encouragement in the practice of virtue to countless souls in need of consolation, enlightenment and peace. ²